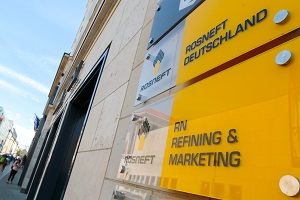 Rosneft Deutschland, a subsidiary of Rosneft Oil Company, has supplied its customers in airports of Germany with 142,500 tonnes of jet fuel in the first half of 2019.

The enterprise is committed to meeting the growing demand for jet fuel, with plans for further growth in production and sales of jet fuel both in Germany and on the European market in general.

In 2019, Rosneft Deutschland has signed several contracts for the marketing of the JET A-1 jet fuel of its own production. Among them is a contract with PJSC Aeroflot for aircraft refuelling in the Berlin Schönefeld Airport. Apart from that, Rosneft Deutschland has signed contracts for into-plane refuelling with airports in Munich and Berlin (Tegel and Schönefeld) as part of its jet-fuel market share expansion in Germany.

Yearly, the enterprise’s PCK Raffinerie in Brandenburg produces 300,000 tonnes of jet fuel, which represents about half of the total jet fuel consumed at Berlin airports.

The start of sales in Germany is a part of Rosneft’s long-term jet-fuel business development strategy. As a leading supplier of jet fuel on the Russian market, the enterprise is expanding its international network to include airports in Mongolia, Georgia, and Germany.